Glenn Locklee is a mysterious artist. His conversations, like his urgently painted pictures are littered with insights and confidences that avoid facts. His pictures, like his urgently delivered conversations craft “snap shots” into deliberate looking abstractions. The mystery of course is how the artist weaves life into art and then weaves art back into life.

These pictures seem to begin with a photograph, a snap shot of an image caught on the run between one place and another that is rendered with the sureness and brevity of reality. The rest of the painting recasts that “snap shot” as a bit player in a formal rendering of the painting as an abstract composition. One section of the picture may be a detail of the “snap shot” another may be a meditation on a surface texture drawn from the detail while another is simply an area of paint applied to the surface of the picture. But the subject of the painting might not be the “snap shot”; it might be the passage of thought from one place to another place that is literally in the painting. This would be the fictional journey from an allusion of reality to a concrete fact, as truthful as the painting is real.

The passage of fact shifting through time is a device in popular culture. Simplistically it’s Post Modern Theory and in art history it is Cubism. This is the idea that a real-truthful-factual picture of something is an amalgamation of various views of it. Modern artists in Paris came up with this portentous idea a century ago. And in a physical and a meta-physical way it accommodates the “bumpy” nature of our universe where light travels, not in straight lines, but in board arcing curves that invite the observer to simultaneously observe the observation.

In that sense, these graphically arresting pictures are a bit like comics that are parables of fact. 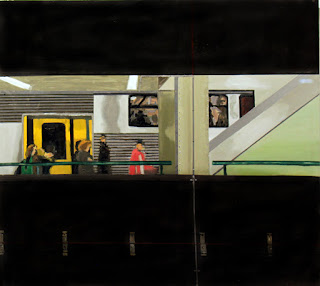 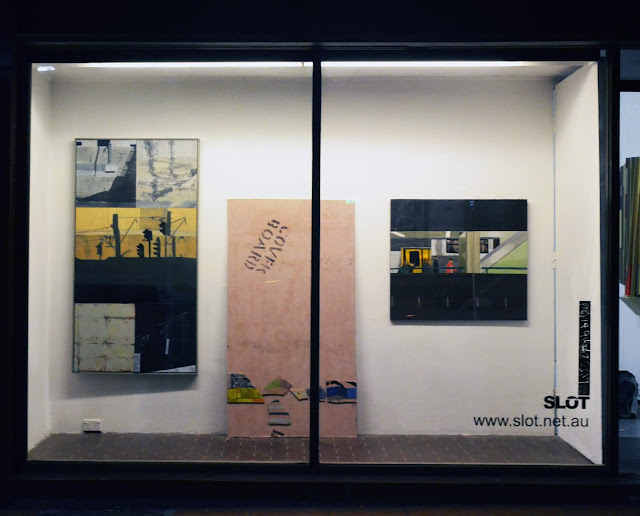 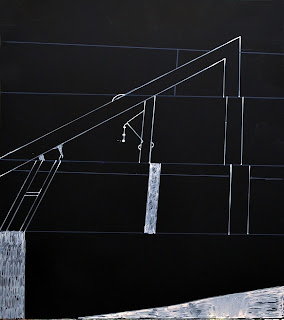 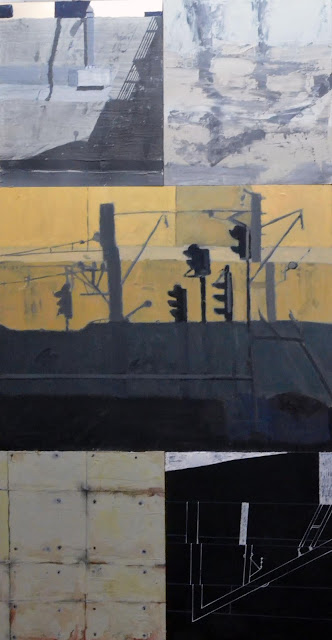 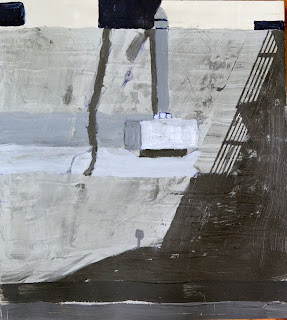 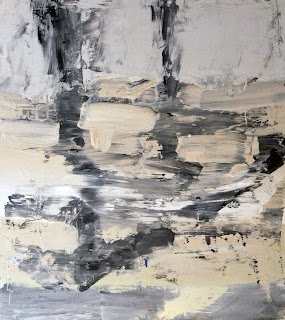